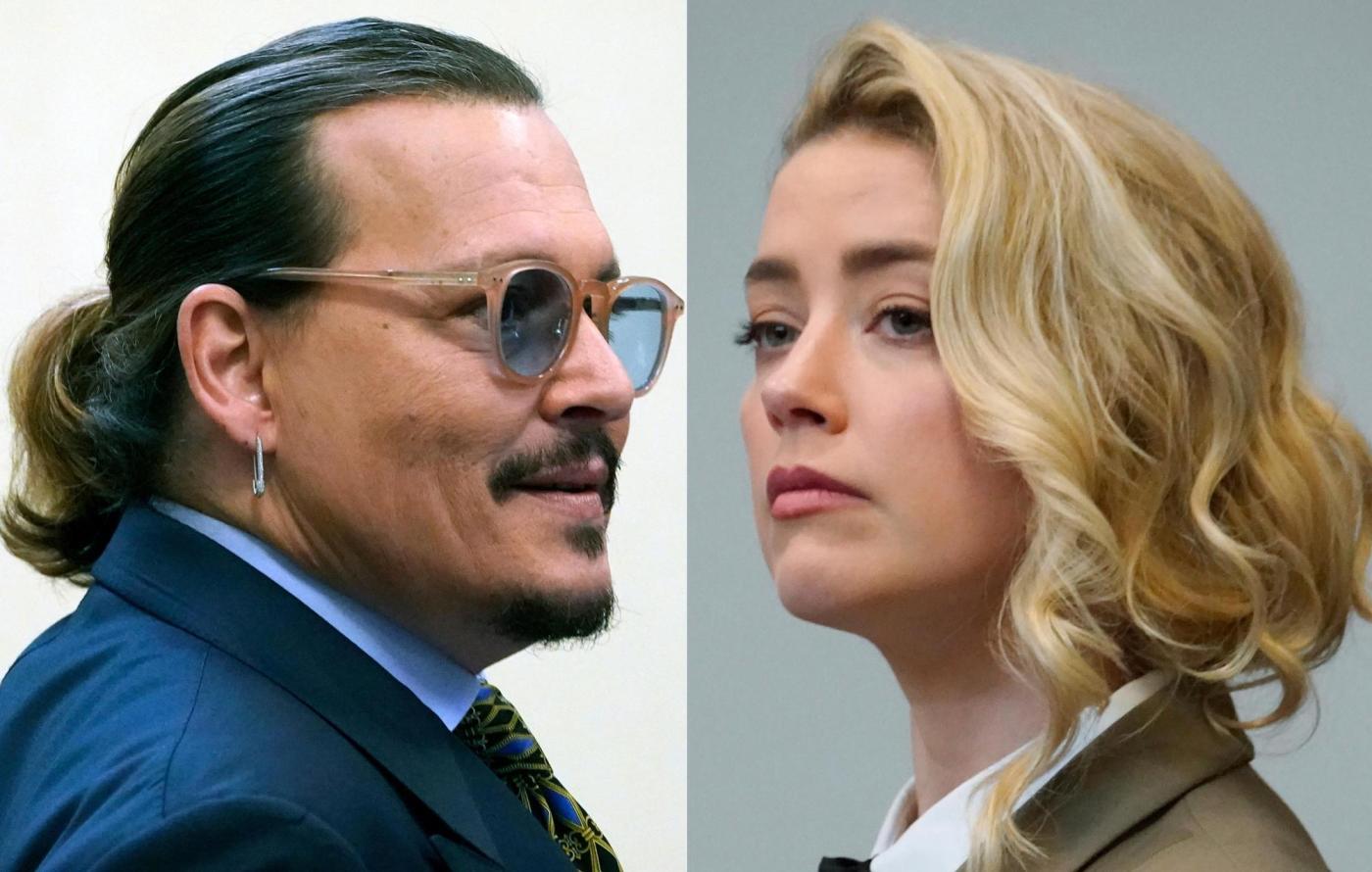 Jurors set to decide whether Amber Heard defamed Johnny Depp when she described herself as a domestic violence victim in a 2018 Washington Post op-ed, needing to keep the First Amendment in mind before they render a verdict, legal experts say.

As Heard and Depp’s attorneys made their closing arguments Friday, Lewis and other attorneys agreed that First Amendment principles have largely been overshadowed in this high-profile trial involving celebrity ex-spouses revealing lurid details of their toxic marriage, including vicious fights, drug binges and alleged sexual violence.

As famed constitutional lawyer Floyd Abrams said in his Speaking Freely podcast, the case should ultimately rest from how the law defines defamation. Under this definition, government officials and preeminent individuals in society, including world-famous movie stars, need to meet a “very high” burden of proof before they can collect damages from people who criticize them.

“Just looking at the facts and the law, in my view (Depp) has not met this burden,” added Stanford law professor Michelle Dauber. “If the jury sticks to the law and the facts, he should not prevail.”

The public’s attention has been focused on Heard and Depp’s counterclaims of domestic abuse. Media pundits and people online have made a sport of debating which ex-spouse comes across as more believable or has done a better job proving they were the victim.

Many also see the trial as a referendum on gender-related issues. Men’s rights groups, along with Depp’s fierce online army of #JusticeforJohnnyDepp fans, have praised the actor for identifying himself as a male victim of domestic violence and for standing up for men who say they’ve been falsely accused.

Heard’s supporters, on the other hand, worry that the trial’s sensationalism could deter other women from coming forward when they’ve been physically or sexually abused, especially if their perpetrators are rich and powerful men like the “Pirates of the Caribbean” star. Rahmani agreed that crimes of domestic and sexual violence are seriously underreported.

In her final testimony Thursday, the “Aquaman” actor said she has received daily online abuse and death threats. Intimate private details she’s revealed on the stand – “the worst parts of my life” – have been used to humiliate her on social media.

Depp first sued Heard for $ 50 million, alleging she damaged his once lucrative career when she published the December 2018 op-ed, referring to herself as “a public figure representing domestic abuse.” Heard later filed a $ 100 million countersuit, alleging that Depp and his attorneys hurt her reputation when they basically said she made everything up.

As the New Yorker reported, Depp’s defamation case largely remains on the first part of one sentence in that op-ed, which was ghost-written and legally vetted by lawyers at the American Civil Liberties Union. The op-ed had Heard saying: “Then two years ago, I became a public figure representing domestic abuse, and I felt the full force of our culture’s wrath for women who speak out.”

Heard did not use Depp’s name in the op-ed, but his attorneys have said it’s clear she was talking about him. During the trial, she testified about Depp’s explosive anger, especially when substances were involved, and described more than a dozen alleged episodes of physical and sexual assault.

Depp has vehemently denied ever hitting Heard or sexually assaulting her. His lawyers put witnesses on the stand, played recordings in court and presented other evidence, which they believe show that Heard, not Depp, was routinely violent and out of control.

Taking the stand again Thursday, Depp said, “I have never in my life committed sexual battery, physical abuse. … No matter what happens… I tell the truth. ”

These back-and-forth allegations should not entirely be the focus in a defamation case, legal experts said. In his opening statement, Heard’s attorney Ben Rottenborn told jurors that the law does not ask them to “stand and serve as the umpire to two movie stars’ imperfect marriage.”

Defamation laws in Virginia, California and rest of the United States are based on the landmark 1964 Supreme Court case, New York Times Co. v. Sullivan, Abrams said. The court’s unanimous ruling held that criticism of public figures is at the core of American rights to free speech and freedom of the press.

Under this standard, Depp’s attorneys must first prove that what Heard said about him in her op-ed was false, Abrams explained. Depp’s attorneys have another requirement: They must get into Heard’s “state of mind” and prove that she knew or suspected the statements were false but allowed them to be published anyway. The same goes for anything Depp said about Heard.

Meanwhile, in proving defamation, it’s not necessarily important for Depp’s lawyers to succeed in challenging Heard’s credibility on some issues, Lewis said. Depp’s supporters seem to believe that attorney Camille Vasquez scored a victory when she got Heard to admit she had yet to donate all the $ 7 million she got from the actor in a divorce settlement. After their divorce, Heard tried to deny the accusation that she was after Depp’s money by saying she was giving the entire $ 7 million to charity.

But Lewis said: “For defamation, you do not have to be exactly right. The law gives you a lot of freedom to be pretty close if the gist of what you said was true. ”

“Going into the trial, Amber Heard had a pretty low burden,” Lewis added. “All she had to prove is that on one occasion there was domestic violence. Just once. She did not have to prove it every single time. ”

Rahmani agreed that, under the law, the legal burden is on Depp. “Even if she was the instigator in some cases, or that she perpetrated violence herself. They could both be victims. Even if the violence is mutual, she wins, ”Rahmani said.

In her countersuit against Depp and his attorney, the burden of proof then shifts to Heard, who has to prove the comments were false, were made with malice, and that they significantly hurt her financially.

There’s the possibility Heard could lose if the jurors are swayed by Depp’s charisma or are focused on other viral moments in the trial, Rahmani and Lewis said. There’s the mysterious “poop” in Depp’s bed, his severed finger, as well as viral recordings of Heard confronting Depp. In one recording, she taunted her famous movie star husband for seeing himself as a victim of domestic violence. In another, she admits she hit him, saying “I’m sorry. I hit you like this, but I did not punch you. I did not (expletive) deck you. … You’re fine. I did not hurt you. ”

Lewis and Rahmani agree that Heard did not always come off sympathetically, and Rahmani said she could have alienated some jurors.

“Do the jurors say, ‘Well’ I think Amber was lying about the $ 7 million charitable contribution, ‘or’ we do not like her or she’s been less than truthful, ‘” Rahmani said. “In that case, they may return a verdict in Depp’s favor.”

How the jurors deliberate could depend on the instructions they are given by the judge. Lewis noted that jury instructions often provide grounds for appeal – and he expects that whoever loses the case will appeal.

Ultimately, he and others expressed concern that the trial could have “a chilling effect” on free speech, particularly for victims of domestic and sexual violence.

“Defamation suits by perpetrators against victims who speak out are becoming more common,” Dauber added. “In this case, a powerful man has seemingly used this televised trial to publicly drag a woman for merely alluding to her experience from her perspective – not naming him, not giving details, just for characterizing her own subjective experience of becoming a ‘public figure “regarding domestic violence.”

Dauber concluded: “It’s a catastrophe for survivors around the world.”